Atlantis, The Palm, the first hotel to open on the Palm Jumeirah in 2008, is a mega-hotel in every sense of the word. However, a new era is set to begin with the opening soon of Atlantis, The Royal, a modern reinterpretation of its sister hotel. Let’s be surprised. I will definitely test it for you!

Beforehand, however, I would like to point out that for me personally the Atlantis, The Palm is simply too huge: the total area of the hotel measures 46 hectares, including a 17-hectare water park. Although the hotel promises “relaxation” it is rather something for people who look for action and generally prefer crowds. Above all, this hotel is unique for children and teenagers. These can romp from morning to night and generally appreciate the variety of entertainment on offer.

Designed after the breathtaking myth of the sunken city of “Atlantis,” Atlantis, The Palm transports every visitor and hotel guest into a world of wonder. As soon as you enter the grandiose lobby, you don’t know where to look first: richly ornamented ceilings, columns and domes, artfully designed towers, water fountains and aquariums.

As for the more than 1,500 rooms and suites, I definitely recommend an executive floor room with access to the Imperial (Executive) Club or a suite. Our one-bedroom executive club suite on the 13th floor (13-451) had a bedroom with separate living room, a sitting area with desk, a luxurious marble bathroom and a terrace with skyline views. Unfortunately, the underwater suites were occupied. I would have really loved to spend a night there! But who knows, maybe one day this opportunity will arise and I will enjoy the impressive underwater world of the Ambassador Lagoon – from the bed and the bathroom.

As for the culinary, Atlantis The Palm offers 24 restaurants, including specialty and buffet restaurants.

As mentioned earlier, entertainment and adventure of all kinds is well catered for: the Aquaventure water park hosts its private beach, waterfalls, record-breaking rides, zip lines, giant and high-speed free-fall slides. The most spectacular – nearly vertical – slide (the Tower of Neptune) ends in a see-through shark tank. Playing and swimming with dolphins is offered at Dolphin Bay, a huge dolphin world that attracts children in particular; diving with sharks and other marine fish is offered at Shark Lagoon near the Lost Chambers. On a diving safari you can even dive with sharks at night and feed the rays. At the Lost Chambers Aquarium, you can see 65,000 marine animals in underwater chambers and tunnels, and the myth of the sunken city of Atlantis is within reach. Fitness and wellness lovers will also get their money’s worth at the lavishly designed ShuiQi Spa with 27 treatment rooms. The hotel beach with its private beach club also offers a variety of beach activities. Shopping lovers are also catered for: the shopping mile The Avenue scores with a selection ranging from souvenir stores to luxury boutiques.

Finally, from some of the rooms/suites at Atlantis, you can marvel at the world’s largest water fountains. This gigantic water spectacle (The Palm Fountain) is not to be confounded with the grandiose water fountains (The Dubai Fountains) at the Burj Khalifa next to the Dubai Mall (see my October travel blog and my hotel portrait of the Palace Downtown).

all rooms / suites are recommended

All year round (I would avoid the months of June to August, however, because of the high humidity. For those who find 40 degrees too much, I recommend the months of October to December and March to April. In January and February the temperatures are around 20 degrees and rain is to be expected).

because of the many sights I have reported in two reports in my travel blog about the best hotspots. 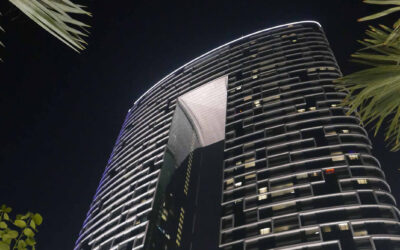 Address Beach Resort The most extraordinary luxury hotels in Dubai, the city of superlatives My carefully selected hotel portraits at the historic Creek, in the city center, on the Palm Jumeirah or on the beach already showed you how unique the hotel scene in Dubai...

END_OF_DOCUMENT_TOKEN_TO_BE_REPLACED 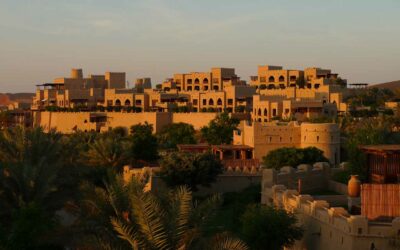 Qasr Al Sarab Desert Resort by Anantara - a luxury hotel oasis for fairytale nights under glittering starry skies  After a seemingly endless drive through the barren desert landscape in the border region between Abu Dhabi, Oman and Saudi Arabia, a magical desert...

END_OF_DOCUMENT_TOKEN_TO_BE_REPLACED 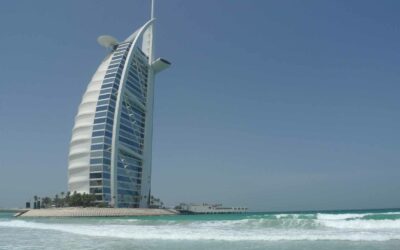 The Burj Al Arab Dubai's landmark, my "Arabian Dream" come true!  Hardly any other metropolis can boast such a variety of spectacular luxury jewels as Dubai. The city as well as the hotel industry is a symbol of exuberant luxury. In my multifaceted hotel...

END_OF_DOCUMENT_TOKEN_TO_BE_REPLACED
« Older Entries
XWe use cookies on our website to give you the most relevant experience by remembering your preferences and repeat visits. By clicking “Accept”, you consent to the use of ALL the cookies. However you may visit Cookie Settings to provide a controlled consent. Read MoreREJECTACCEPTCookie settings
Manage consent